Starting your Career as a Blockchain Developer

In this article, we’ll cover everything you need to know as a beginner to be a successful blockchain developer. Without further ado, let’s get started!

Blockchain technology has the disruptive potential to entirely transform how the digital world manages its data and performs commerce. Initially, this disruptive yet innovative technology was developed to be used as a platform for Bitcoin. However, nowadays, it is exhibiting a level of adaptability and privacy. This is leading various governmental and commercial stakeholders to notice and start using it.

In fact, many experts consider being the top emerging advanced technology trend this year. By the end of 2022, spending on blockchain solutions by companies is forecast to hit $11.7 billion. As per a source of Medium, globally, the banking sector alone could generate up to USD one billion in revenue from blockchain-based cryptos.

Hence, it does make sense that you should give serious thought to how to become a blockchain developer if you aspire to pursue a career that seems to have a lot of room for advancement and uses cutting-edge new technology that is just emerging.

Given this, if this prospect intrigues you enough and you want to understand how to become a blockchain developer, then continue reading to find out all you need to know about this intriguing and exciting profession.

Blockchain Development Career For A Beginner

Blockchain has gained a reputation in the international market because of its salient features. It is an append-only peer-to-peer network that keeps a cryptographically secure distributed ledger. This ledger may only be updated via the consensus mechanisms such as BFT, PBFT, and so on. In the market, several IT companies often require blockchain developers. We can conclude being a blockchain developer is a really smart preference because it is the latest technology that one can master and strengthen their career.

There are mainly two categories of blockchain developers - core and software. The core developers usually design the protocols and maintain the present blockchains. In contrast, the blockchain software developer develops new blockchain programs, NFTs, etc. One is required to gain understanding or expertise in other computer sciences and mathematical domains for becoming a blockchain developer, such as cryptography, etc. Here are some of the steps you need to follow to begin your career as a Blockchain Developer:

For becoming a blockchain developer, one has to gather a solid computer science or mathematics academic background. For this, the degree of bachelor/master with a specialization in a relevant subject matter is crucial since it would be much helpful to have a good grasp of the fields of information technology, computer science, and mathematics.

Before becoming a blockchain developer, one needs to gather specific technical skills such as:

Learning Data Structures strengthens your understanding of the issues at a comprehensive level. It helps to provide an optimized solution within the given constraints. Additionally, their utilization is to store data in an efficient and organized manner. Explore different data structures, for example, arrays, trees, and linked lists.

A blockchain network is a peer-to-peer, distributed network wherein we can share data among all nodes. Database management and computer networking are crucial elements of creating and maintaining a blockchain network.

It is a technique for securing sensitive data from unauthorized users, threats, and attacks. Computer science and mathematics basics serve as the foundation for developing cryptography protocols. Data is generally encrypted at the sender and decrypted at the receiver using diverse cryptographic techniques.

Ethereum is one of the modern technologies which is decentralized and built on the fundamental concepts of blockchain technology. It is an open-source technology that many industry experts utilize these days. It helps the Ethereum blockchain developers to create a completely unique transaction protocol known as Smart Contract. The other applications are referred to as Decentralized Applications (the dApps). These are much like regular mobile-based applications.

This modern technology allows the Ethereum blockchain developers to code and develop a particular kind of transaction protocol known as Smart Contracts. Simplifying the transaction process between parties, restricting a third party's participation, and reducing the extra cost involved is the objective of a smart contract is to simplify. Solidity is a programming language that is used to develop Smart contracts and execute business logic. It is much like OOPS.

Every blockchain developer needs to additionally get some hands-on experience further to theoretical information. Implement the learned subjective things by building various blockchain applications. Also, try learning programming languages such as Solidity, and do practice by developing Smart Contracts and dApps. With the advance in understanding and experience, blockchain developers can try for a few internships at companies that are seeking to expand more in this domain. Many hands-on tutorials are being offered by various online training and educational institutions for free, paid as well, and their certification is valuable in the market.

If the idea of participating in this innovative development early appeals to you, you might be wondering what to do next. Thankfully, online training programs have you covered. It should be noted that firms looking to upskill a select group of employees and turn people into Blockchain developers should consider the Corporate Training option. After finishing the course, you'll be certified in blockchain development and prepared to take on the fresh challenges presented by this innovative technology.

If you want to learn more about blockchain development skills, you can read Rather Labs informative blogs. Now, let yourself dive into the ocean of countless opportunities this exciting domain offers. 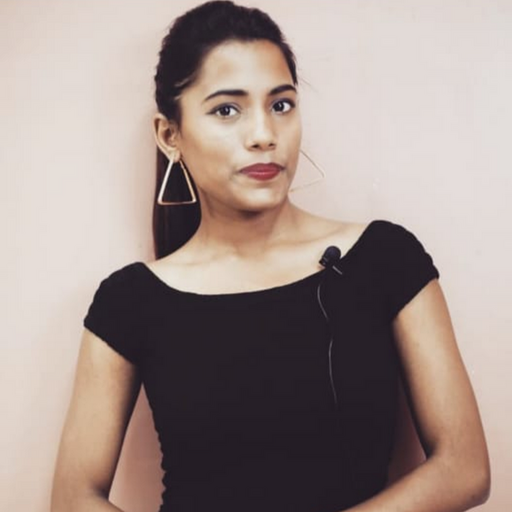 Shivangi Shrivastava
Article checked for relevance
More articles
What Does the Future Hold for DAI Stablecoin?
MakerDAO, the company which developed DAI, is going through huge changes in order to go full decentralized, which can affect governance protocol and DAI stablecoin's mechanism of decentralization to a great extent. With such rapid changes, what does the future hold for DAI stablecoin? Let’s find out!
Biggest Mistakes First-time Startup Founders Make (And How To Avoid Them!)
In this article, we will mention some of the most common mistakes first-time tech startup founders make and give some practical advice on how to make the best of entrepreneurial strategies.
The Intersection Between Pseudonymous Economy and Web3
Crypto and digital avatars are the key enablers of the pseudonymous economy. With public key cryptography, users are able to separate their financial and social activities from their real names. It will be exciting to see how emerging technologies like blockchain and Web3 can further enhance the pseudonymous economy.