Swap in the DEX, trade tokens and NFTs, rise your empire and fight in battles to earn crypto!

DEXs (Decentralized Exchanges) are online platforms where cryptoactive exchanges can be carried out without the participation of intermediaries.

These can be funded only with crypto assets. There, the operations are Peer-to-Peer, that is, from person to person. It does not require an account or any type of verification to operate. The only condition is to have a wallet that is linked to the DEX in question.

DEXs offer various trading and investment modalities. They work with smart contracts programmed in advance so that users can carry out operations without any inconvenience.

Terrae DEX implements Uniswap V2 contracts. It consists of an automatic liquidity protocol, which determines prices using a constant product formula and implemented in a set of non-updatable smart contracts. This eliminates the need for trust relationships, providing decentralization, security, and censorship resistance.

Pairs of ERC20 tokens can be defined on Terrae DEX. Each pair manages a liquidity pool based on reserves of the two tokens. Through these pairs, one token can be exchanged for another. Tokens can also be exchanged through the creation of routes between tokens, however defining direct liquidity pairs reduces exchange costs.

Anyone can become a liquidity provider, adding an equivalent value of each corresponding token to the pair. Furthermore, each pair acts as a market maker, receiving an amount of one token and delivering the equivalent of the other token, always respecting the constant product formula.

The formula can be expressed as x * y = k. This formula states that transactions must not change the product k of the reserve balances of the pair x and y.

A commission of 0.3% is applied for each transaction, which is added to the reserves and used as payment to the liquidity providers at the moment they withdraw their tokens from the liquidity pool and as rewards to game winners.

Pair: It implements the exchange protocol and keeps track of the balance available in the pool.

Factory: Deploy a Pair contract for each pair of ERC20 tokens.

Router: Provides token swap functionality and liquidity management (add/remove liquidity) securely. It natively supports the exchange of tokens through routes (TokenA to TokenB to TokenC), useful in case there is no TokenA/TokenC pair.

In the v0 (initial version) users will be able to swap between MATIC and DENI. There, they will be able to obtain their DENI to introduce them in the Liquidity Pool if they wish, which is also included in the v0.

Denaris ($DENI) is an ERC20 token, the main currency of Terrae. In genesis 50M tokens are minted, and not a single coin will ever be produced. On the contrary, in burning events tokens will be destroyed, which generates a deflationary economy. The amount of tokens burned depends on the trading activity in the swap pools.

The liquidity providers in the swap pools will be able to stake LP tokens in House Farms where returns in $DENI can be obtained.

While $DENI will initially be a financial speculative element, over time it will take on utilitarian value as the Terrae game develops.

$DENI main uses cases will be:

Swap $DENI in the pools, inject liquidity, and get return on farms by staking your LP positions. 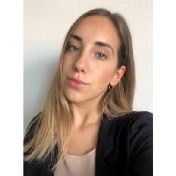 Priscila Malnero
Article checked for relevance
More articles
Terrae #7 What’s Behind the Game?
Terrae was conceived as an idea in 2018, when a group of entrepreneurs and developers passionate…
Identity and Reputation in Web3
How can a reputation and brand identity be built on Web3 and why is it important? Which tools can help? What are the communication models in web3 and the metaverse?
Rather Labs Inc. — Snapshot of our People Culture
Rather Labs’ spirit is idealistic, charismatic, creative and social, and we rely on these qualities to propel us to success wherever we have the opportunity to work with others.