Rather Labs is a company based on Argentina and specialized in blockchain technology.

Rather Labs is a company based on Argentina and specialized in blockchain technology. Services are led by its co-founders who have been involved in blockchain projects in finance, real estate, gaming, and other industries for years.

In the last year Rather Labs has grown both in number of projects and in staff. Today, around 50 people work at Rather Labs (and growing), and 10 are specifically dedicated to Terrae.

Today, we want to share with you the names behind the project, the art, the game, the codes, the social media, and everything else that makes Terrae what it is, and what it will be.

Co-founder of Rather Labs, fintech entrepreneur and the mind behind Terrae, Federico has dedicated many years to the work with blockchain technology software development and finances. He leads the team and every other project at Rather Labs.

Our other co-founder and CTO, or, as he calls himself, a self-taught software wizard and startup savvy. Franco is a blockchain genious and is also present at every Rather Labs project, always there when a challenge shows up.

Sol is the UX/UI designer of Terrae. She designed all the interfaces of our site and webapp. Sol is also the project manager, she leads the team with her unique joy and personality.

The mind behind the gameplay and a great lore builder. Roman has been planning the future of the game since the beginning, taking part in most of the project decisions such as the economy, marketing, art, etc.

Ramiro is one of the many blockchain developers at Rather labs, and he was the first one in charge of Terrae. He made the first contracts of the project and he is always available to contribute his knowledge.

As a blockchain developer, Eduardo has experience working with many others blockchains besides Polygon, such as Solana, Ethereum and Nervos just to name a few. He codes most of the contracts at Terrae.

Alan was responsible of the front end of Terrae. He did and amazing job at our website and webapp. Sadly, he had to leave the team for personal issues, but because of the job he did, he deserved to be mentioned.

The creative side of Terrae. Fran designed all the art of Terrae. This includes our maps, illustrations, NFTs, and more. He did an incredible job capturing the identity of Terrae with his art.

One of our community managers and marketing employees. Priscila is one of the two people in charge of social media, contacting promoters, influencers and communities.

The other community manager and marketing employee of the team. Federico is the second person in charge of social media and marketing at Terrae.

We wanted to take this opportunity to show you the Rather Labs family, and for people to know us more in depth at Terrae. You are all welcome to join our communities. 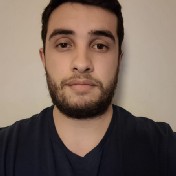 Fede Reyes
Article checked for relevance
More articles
Terrae #10 Official Terrae Map
Welcome terranians! I have the honor of sharing with you (our beloved community) the progress of the project. In this opportunity, I’ll show you the map of Terrae and its different interactive zones.
Mercado Coin: New Crypto Market Opportunities
Mercado Libre recently struck again with the official launch of their own cryptocurrency, MercadoCoin. It was released on the Brazilian market where they have a strong user base, of which 500 thousand were granted early access to their native token. The company stated that they are planning on broadening that number up to 80 million Brazilian users, and after that expanding to other Latin-American countries: this is just the testing phase.
Why Build on Solana?
What is Solana? Is Solana a good alternative for developers? What are its advantages compared with other blockchains?